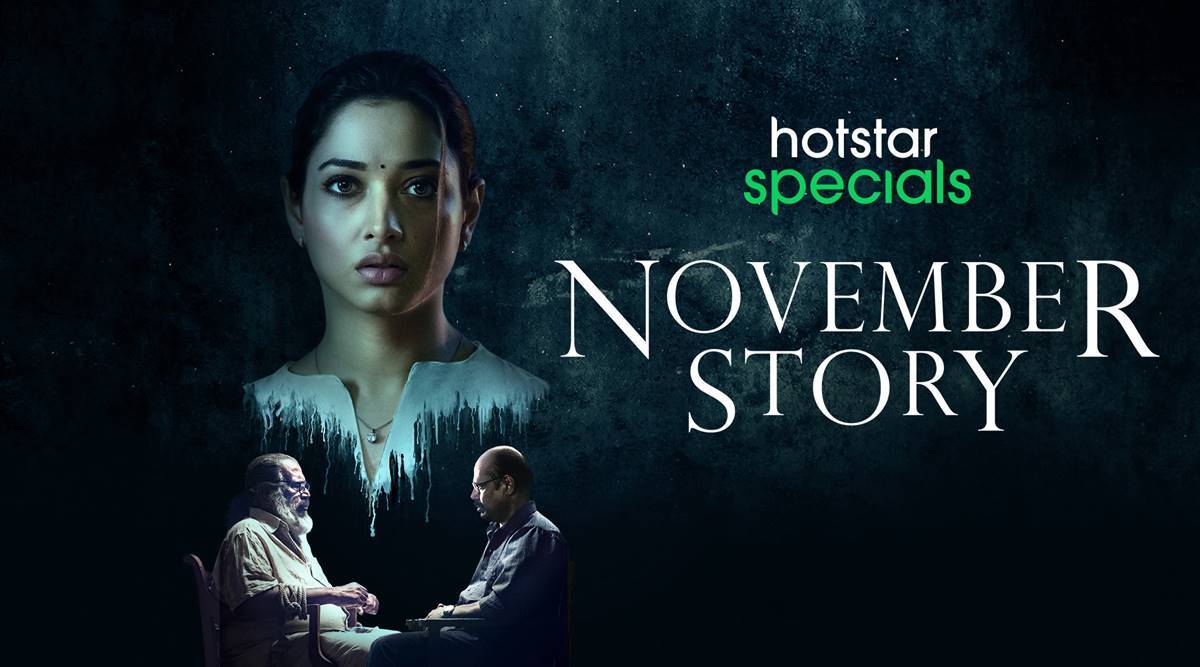 Summary: The cast of November Story is sure to do justice to the narrative of the web series. Here is the list of the leading faces in the series.

November story is the latest web series on Hotstar. The narrative is about a father-daughter relationship, where the daughter (Tamannaah) tries to salvage her father’s (G.M.Kumar) reputation. The trailer of November Story hit the web on May 6, and the series is set for its official release on 20 May, 2021. This seven-episode thriller will be available in Tamil, Hindi, and Telugu. Ram Subramanian directs November Story. The narrative is quite gripping, including flashbacks across time frames revealing the back story of a murder. You can watch November Story on Hotstar.

Tamannaah Bhatia is in the lead role in November Story. She plays the role of Anuradha, a young, independent woman who takes care of her father, Ganeshan. Her father has Alzheimer’s disease, so she tries to sell her father’s house to get some money for his treatment. However, the story takes a serious turn when her father gets accused of murder, and she tries to unveil the mystery and prove her father’s innocence.

G.M.Kumar plays the role of Anuradha’s father, Ganeshan, who is a crime novel writer. He has Alzheimer’s and depends on his daughter to be taken care of. Ganeshan is soon found with a dead body, and all the evidence of the crime scene points towards him, which turns him into a prime suspect of the murder.

‘Kuselan’ fame actor Pasupathy, who last appeared in the movie ‘Asuran’ in the year 2019, will portray the role of a cop in this thriller web series. In the past, Pasupathy has essayed critically acclaimed roles in several Tamil films. He is well known for his supporting roles, antagonistic, comedic as well as protagonist roles.

Vivek Prasanna acted in various films in Tamil cinema. The actor made his debut in Sethupathi alongside Vijay Sethupathi. He will be playing a crucial role in the “November Story” web series.

Aruldoss is a wedding photographer turned actor who made his way into the film industry. He has acted in many Tamil and Malayalam films. The actor will be playing a key role in the crime thriller series.

Ram Subramanian is a former associate of ‘Ratsasan’ fame director Ram Kumar. Subramanian directed many movies in Tamil cinema. He is now the director of the thriller web series “November Story,” which will simultaneously be released in Hindi, Tamil, and Telugu.

Ananda Vikatan Group is an Indian Tamil-language weekly magazine that is published in Chennai. This group has produced the Hotstar crime-thriller series, November Story.

Vidhu Ayyanna is an Indian Cinematographer who has contributed to numerous Tamil movies. Vidhu worked as a cinematographer in popular movies like Mandela and Oh My Kadavule in the year 2021.

What to Expect from Web three.Zero Design